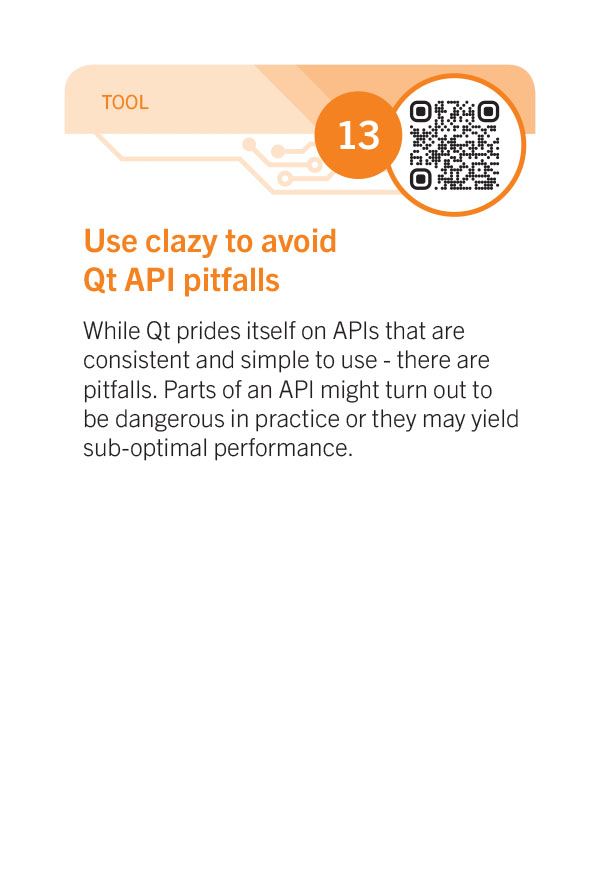 While Qt prides itself on APIs that are consistent and simple to use - there are pitfalls. Parts of an API might turn out to be dangerous in practice or they may yield sub-optimal performance. clazy is a static code analysis tool built on to off the llcm/clang compiler infrastructure. It will issues warnings for Qt specific issues. See https://github.com/KDE/clazy for details and a list of the kind of warnings reported by clazy.

Usage via Qt Creator is probably the easiest way to get started. Integration into a CI system is probably best done via the standalone version of clazy in combination with a compilation database.