Next02 – Continuous DeliveryNext
Table of Contents 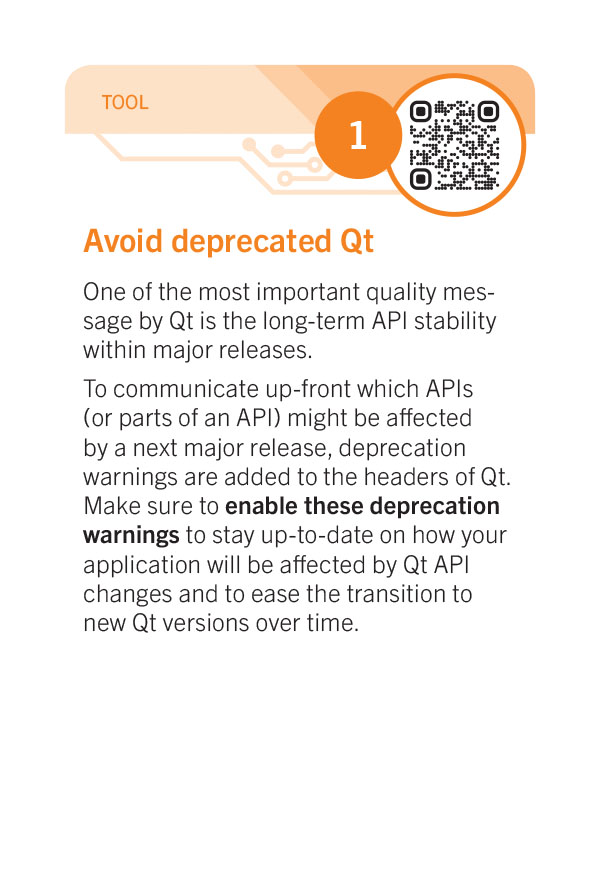 A defining quality of Qt is that it provides long-term API stability within a major release (e.g. Qt 5) which historically translates to roughly 7-8 years. To communicate up-front which APIs (or parts of an API) might be affected by a change in the next major release, deprecation warnings are added to the headers of Qt as a continuous process. Make sure to enable these deprecation warnings to stay up-to-date how your application might be affected by Qt API changes and to ease the transition to new Qt versions over time.

New projects, new modules within existing projects. As a preparation for a porting effort.

Generates one warning for each use of a Qt method marked as deprecated. Very coarse grained. No specific Qt version can be selected.

Removes everything that has deprecated since Qt 5.2 from the Qt headers (causing the build to fail of deprecated code is used).